I first met Donovan in 2003. It was in a bike shop in Durban while I was on holiday from Rhodes University. I must have recently read an article in the Runners World on Triathlon which whet my appetite for the sport and was now doing some exploring. I’m pretty sure the questions I peppered him would have been similar to “I haven’t cycled since I was 6 years old but is a carbon frame better than aluminium?” and “How much more aero is a 20mm rim vs a 10mm rim?”. Testament to his patience and good nature I left the exchange buoyed and with no ill feeling. Fast forward to 2015 when I thought of myself as a “seasoned” triathlete and Donovan was winning every race he entered. After years of making every mistake in the book I decided to get in touch and become one of the athletes that he coaches under his company “Cybercoach”. I had two excellent years being expertly guided by DVG – I levelled up in a big way and can honestly say I am a significantly better triathlete even though my fitness comes and goes depending on my dedication. Being someone in Triathlon who I’ve always looked up to and having a wide variety of interests I thought he’d be the perfect candidate to ask some questions.

I hate crowds and my taste in music extends up until the mid-90s and not much beyond so those performers are probably too old to be touring anymore. So with those qualifiers it is probably highly unlikely that I would tempted to go to a concert anymore. One of my favourite bands that are still current are Alter Bridge. So I would have to say them. Although I like their music, I don’t think I’d enjoy their fans in a live situation, so let’s say a bit of an unplugged type of show at a small venue.

I love pretty much all 80s music. The good stuff because it is good, and the cheesy stuff because it reminds me of being a teenager. Impossible to single any out unfortunately but bands like: The Outfield; The Hooters, Bad Company, Journey and Damn Yankees are up there. I also love Depeche Mode from the more Synth Pop genre. From the early 90s I am a fan of bands like: The Gin Blossoms; Toad the Wet Sprocket; Counting Crows and Hootie and the Blowfish.

Both my parents were professional musicians so yes, there was huge pressure to play. They tried to teach me themselves but that didn’t go well. Then they employed friends who were music teachers with not much better results. I am the black sheep in my family as everyone has musical ability and I am the only one who got into sport. (I can play the drums as my dad had a kit set up in our home studio. I am not very good but I won’t embarrass myself.)

I studied to be a journalist. I did a degree majoring in English and History through UNISA while travelling around racing. I won’t be writing any autobiographies but I am working on a series of training e-books and a novel.

Anything by Bernard Cornwell. I love historical fiction.

No, not really but one that I think of from time to time when bike racing is from Hennie Kuiper, “Racing is first licking your opponents plate clean before starting on your own.”

I loved all the Avengers movies.

I’m a bit of a history nut. I took History as a major but now I still do a lot of reading and informal study. My favourite period is Middle Ages Europe.

Actually nowadays it is a holiday without a race attached. I have done enough travelling for racing and I now enjoy time away with my wife and daughter. Holidays in the Cape and the Berg have been our favourite so far. We must be doing and seeing things though. I’m not a lie on the beach and sip cocktails type of guy.

Pen and paper (I’ll count that as one); fire making tools and fishing gear.

Probably not. I’m assuming that they have three picks as well.

We would set ourselves up so that we can spend the rest of our lives living simply and travelling around the World.

That is not far from my reality although I don’t strictly eat breakfast, lunch and supper. My first meal is after my first training session and that would coincide with lunch / brunch and it is usually: muesli; fruit; yoghurt and honey.

I wouldn’t consider myself a coffee snob. In my perception those are people who order weirdly complicated coffees. I like a simple ‘americano’. I am a coffee addict though. I drink at least 5-6 cups a day as a minimum. My only requirement is that it must be super strong.

I never really had heroes. I was a fan of Bernard Hinault in the 80s; Miguel Indurain in the 90s and most recently Phillipe Gilbert and Tom Dumoulin.

At the moment that would have to be Henri Schoeman, Olympic bronze medalist. I am pretty much passed my ‘sell-by’ date now but the youngsters have to make sure that they are on top of their game because I’m not rolling over and capitulating any time soon. I am forgetting things that they still have to learn.

I have been fortunate to not have ever wanted for anything in that regard and everything could always be justified. I am not much of an equipment geek. As long as it doesn’t let me down and isn’t a disadvantage I am happy. The bike is a tool or an instrument.

Shoo, that is a tough one. I am at the point now where I can’t actually remember all the races and when they were. My first triathlon and first cycling road race wins will always be cherished memories and I can describe them in detail even though they happened thirty years ago. I suppose, as I think about it, my most memorable races are always the firsts. So the two already mentioned, my first ever triathlon and cycling races; my first SA Champs win; my first international race win; my first cycling stage race win even my first Natal triathlon champs and cycling champs wins stand out.

I don’t think I can single anything out. There are so many that I am proud of for different reasons. Obviously the big wins are up there but also the races where I fought hard or did something unexpected even if it didn’t result in victory.

One race that does stand out is winning the 2014 Tri-Rock half iron distance race in Durban and being able to carry my four-year-old daughter across the line with me. I think I am most proud of the career that I have had, which has spanned 39 years so far. Also that I have been able to win races in different codes: Triathlon (on and off road); Duathlon; Cycling; Running (road and trail) and I have won one open water swimming race (more luck than speed for that one though). I wish I had kept records of things like race wins like some do, but it is not just that. I am proud that I started as a fifteen-year-old and that I am still competing and pushing myself with just as much passion and discipline as I approach turning fifty in 2021.

I seem to be responding in the negative to so many of these questions, sorry, but I don’t really have any. Every year there are races that inspire and motivate me. Sometimes they are a big one on a lot of people’s minds but I can also get excited about smaller ones as well. Sometimes it is about the physical challenge. Sometimes it is the location. As I get older it is becoming more and more the case of just being significant to me alone. So, for example, if it is an anniversary or location of one of my first times.

There is very little difference between their hard and easy days. Many go too hard in an easy session and then can’t perform to the desired level in a hard session. There is also very little long-term planning and structure.

I wrote my first hand-written training program for someone, based on my own anecdotal experience, when I worked at a bike shop in 1991. I started coaching officially, after a few years of study in sports science and nutrition, in 1998 and I started operating as CyberCoach in 2004 after ‘retiring’ as a professional athlete.

Again, I have to start with a qualification – Everyone’s victories are special and they are rarely about crossing a line first. I have been fortunate enough to work with cyclists who have won World Masters Championships on the road and track. I have triathletes who have qualified for Kona and World Triathlon Championships. I have had athletes who have won races overall and in age-groups. It is always amazing sharing those journeys with them. That said, one person’s Comrades Marathon is another’s Park Run. Both are significant. That is the most phenomenal aspect of what I do for a living. I get to share these triumphs with so many people, every month of every year. Actually, pretty much every day because there are many triumphs that occur during training. So what has captivated me about my own sport for all these years is now amplified a hundred-fold through all the people that I work with. I think this is part of the reason that I still race and train as much as I do after all this time. I am inspired every day. I count myself very, very fortunate.

Thank you to “Coach” for taking the time to entertain my request to answer some questions. For anyone looking for any coaching i highly recommend getting in touch with him: http://www.cybercoach.co.za/ 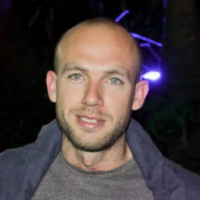